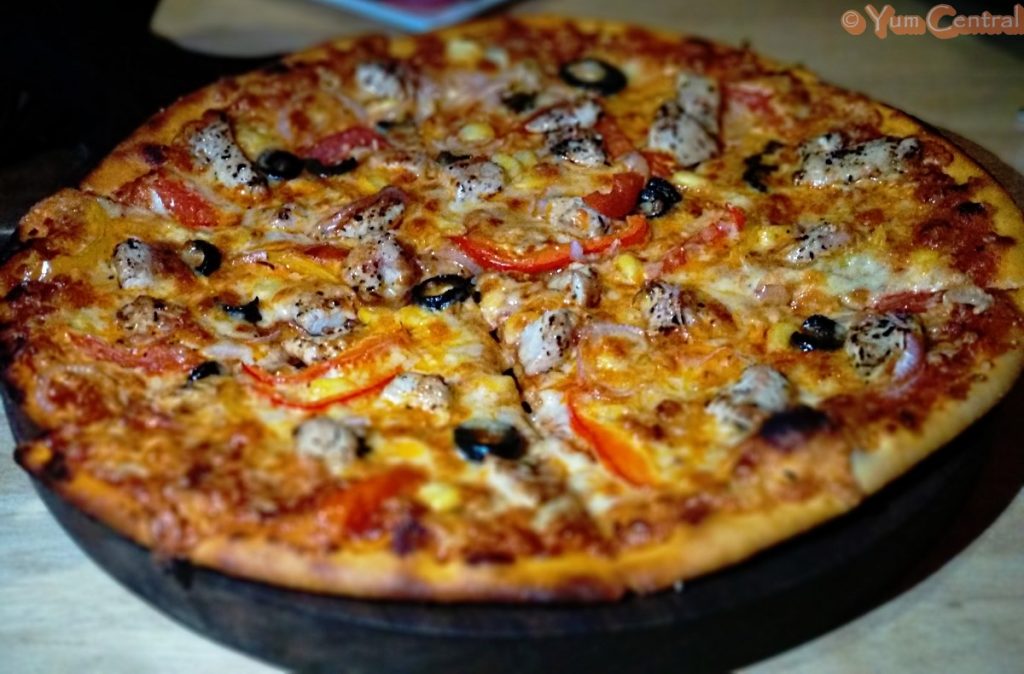 Cafes, lounges and bars, like barbecues, are mushrooming almost all over Bengaluru. However, they seem to be concentrated more to the south of the city. That is where Firki Café scores a brownie point: It is in the north, and more importantly, near the bustling Manyata Tech Park.

Firki Café has quite a few layers to it. For starters, there’s the ground-floor area that can be transformed from a lounge area to a party zone within a short time. Apparently, that’s what happens on weekdays.

The first-floor area is divided into three parts: two smoking zones — both on balconies — and a non-smoking zone where patrons can watch TV on a giant screen.

Firki Café offers a wide selection of drinks. I started off with the Firki Lagoon, a vodka-based drink that went down well with the starters.

Next up, I was recommended The Terminator, based on dark rum. This one lived up to its name, giving me quite the buzz!

Then there was the Watermelon Chiller. Let this one melt bit by bit as you enjoy the tang of the spices complement the sweetness of the watermelon.

We started off with some Zesty Nachos: simple nachos topped with cheese and some seasoning that made for some excellent finger food with the Firki Lagoon.

We had also ordered some Chilli Cheese Fries, which turned out to be a must-have with the drinks. One only wished for a slightly different kind of cheese with the fries.

Next up, some Gameberi Aglio a Olio: nicely-marinated prawns served in a way that left a lasting impression on the tongue.

Then, some Murg Malai Tikka. Now, most places get this wrong in one of two ways: They either make it too creamy or too much like a tikka. Firki Café manages to get this just right!

And the non-vegetarian dishes kept flowing. The next to arrive on our table was Chicken Wings. The chicken was a little overcooked and dry, but the tang and flavours of the sauce really stood apart!

Up next, some Dahi Kabab. The curd in kabab form was indeed a revelation, but did not sit well on my tongue, which craves non-vegetarian much more.

Then, some Special Galauti Kabab served on Sheermal. Soft and succulent, these made a mark with the subtlety of their spices, which might be lost on tongues that are used to more heat.

And finally, in the starters section, there was some Soya Chaap. These were nicely spiced on the outside, and soft. However, as is the case with most soya dishes, the flavours did not percolate beyond the top layers.

The first thing from the main course section we ordered was the Fully Loaded Non Veg Pizza. Yes, I consider pizza a full meal now. The thin-crust pizza did not lay on the table for too long. And people longed for second helpings despite a full belly!

Finally, some Daal Makhni and Mutton Curry, paired with long-grained rice and garlic naan. A few bites of these, and we were gushing over the taste!

With its proximity to Manyata Tech Park, Firki Café is expected to do good business. It, however, should not fall into the trap that countless others in the city have done: let the quality of the food fall.

As long as that does not happen, Firki Café is a great evening or weekend joint, albeit a little heavy on the wallet.