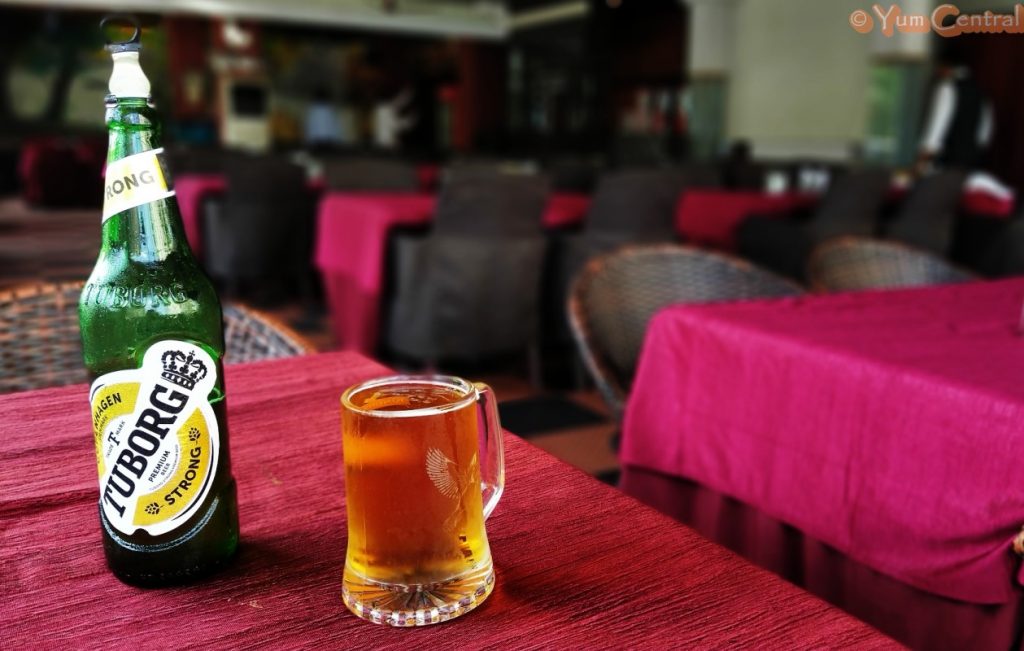 Do a quick Google search on “best chicken ghee roast in Mangalore,” and one of the first restaurants you encounter is Maharaja. That alone should send your expectations soaring.

Then, things start going downhill. And that happens from the moment you sit down. It starts with the décor, which appears pleasing and old-school at first.

But the moment you sit down, you start noticing the small things, like bleached spots on the table cloth.

Now, this in itself may not be a dealbreaker if the food is as good as advertised — especially when the endorsement is coming apparently from paying customers.

Herein lies the rub. I, very obviously going by the online reviews, ordered Chicken Ghee Roast. I decided to wash it down with some Tuborg beer.

Now, most people will tell you that any ghee roast is best paired with some Neer Dosa — a variant of dosa that is considered a delicacy in the Tulu-speaking area of Karnataka.

The starchy Neer Dosa is believed to be a great complement to the spicy, gravy-lacking Chicken Ghee Roast, but the latter can also be a great accompaniment for some chilled beer.

That was what I was counting on when the Chicken Ghee Roast reached my table.

I will admit, it looked divine. It also smelt divine. Even the spice mix coating the chicken tasted divine, with a spicy tang that went down well with the beer.

And then I dug into the chicken. Or attempted to dig in. It was dry. The marinade had not percolated in either. And the pieces that were supposed to be most succulent needed quite a bit of chewing before they could be swallowed.

This was the letdown that I mentioned in the headline. You don’t expect chicken at a mid-to-high-end restaurant to be the main problem in a dish. Especially the dish that is supposed to define its online identity.

However, I stand by my rating because in this case the one dish I am judging Maharaja Restaurant by is the one dish that it is most recommended for. And no eatery should serve a sub-par version of the dish that defines its identity.