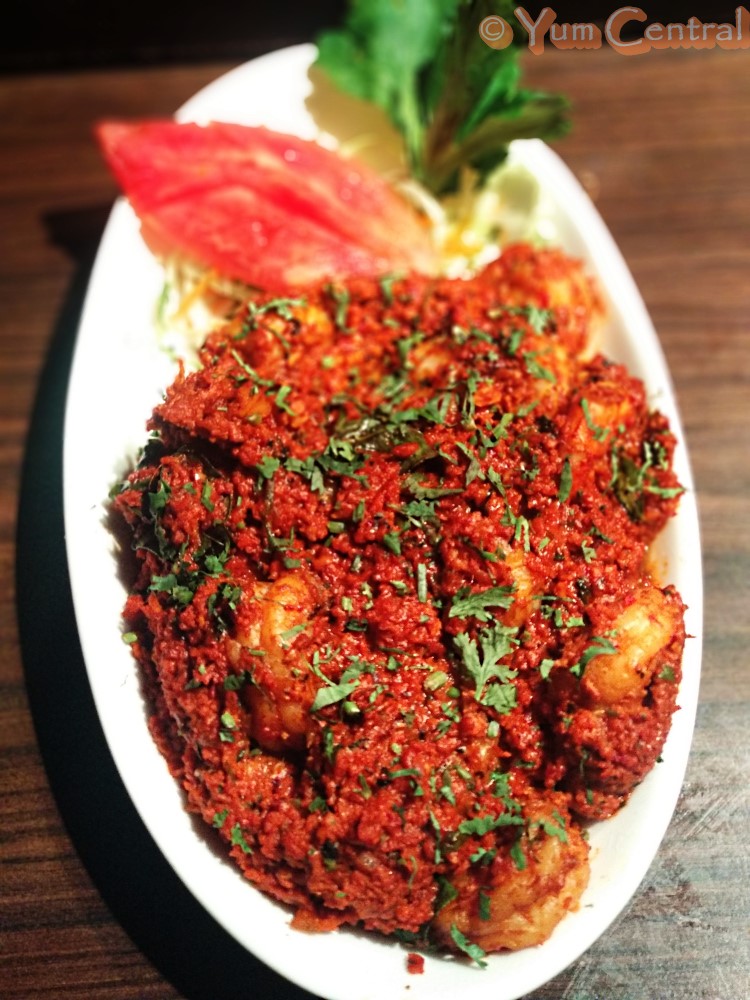 In a landlocked city like Bengaluru where quite a few people have the ability to pay premium prices for good food, a seafood restaurant specialising in Mangalorean cuisine might have been considered a safe bet.

Mahesh Lunch Home in the heart of the city might have reaped those rewards, had it not been for the quality of what it promised to deliver the best: seafood in general and fish in particular!

This was a fixed menu we started with, and the first item we ordered was Seafood Soup. I mean, it would have been a travesty had a non-vegetarian non-allergic person ordered any other kind of soup.

It turned out to be quite promising, with the sweet smell of prawns wafting from the surface. The problem, however, lay in the fish chunks, which had clearly been frozen, thawed and then cooked, giving them a very bad stench.

Next, some Salmon Tikka. And once again the fishy smell. This time, it marred an otherwise great starter whose marinade could tingle your tastebuds till you could eat no more.

Then, some Butter Garlic Prawns. I hate to be picky, but a surfeit of garlic somehow turned what was otherwise a very subtle, delicate dish into a spicy affair.

Up next was some Ladyfish Rawa Fry. These were crunchy on the outside, and succulent on the inside. One could only ask for a little more seasoning.

Then there was some Chicken Pahadi Kabab. Now, one may not expect too much from chicken at a seafood place, but this one definitely rose to new heights with its flavours and robust spices.

With the starters not exactly living up to expectations, we turned our attention to the main course, which was accompanied by brown and white rice as well as Neer Dosa.

The first of these was Paneer Sukka: a cottage cheese in a dry, tangy gravy made in Mangalorean style.

A similar dish was the Prawn Sukka. In both cases, I felt the gravy was a little bitter. However, that was before I tried to taste it in smaller amounts. It was only the second time that the tangy taste came through!

Then there was some delectable Chicken Korma, that went down really well with the appam served for our pleasure.

The main course at Mahesh Lunch Home did make amends for where the starters went wrong. However, the overall impression still left quite a bit to be desired.

Of course, we were told that the establishment was facing some sourcing problems. Here’s hoping that those problems get over soon, and the restaurant lives up to people’s high expectations.