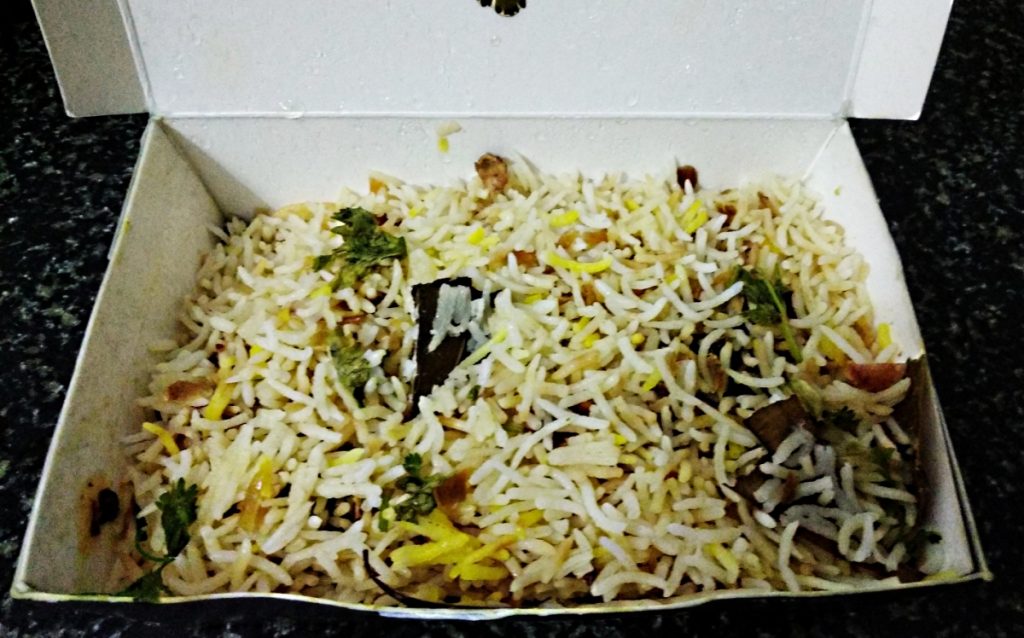 It was on a stuffy Spring-Summer evening that a black box was delivered to our home. Its very packaging oozed royalty. It raised our expectations from the contents of the black box with the golden lettering that said “Behrouz – The Royal Biryani.” And Behrouz Biryani turned out to be a revelation!

However, it also felt like a bit of a letdown, because we have tasted similar biryani before, and there will be many fans of spicier versions of biryani who might not like what Behrouz has to offer.

That being said, one must also keep in mind that what Behrouz offers is not exactly a pushover. Here’s what I thought about it.

Your first spoonful of Behrouz Biryani might not make it seem like anything too different. But this is no offering that is meant to be wolfed down. 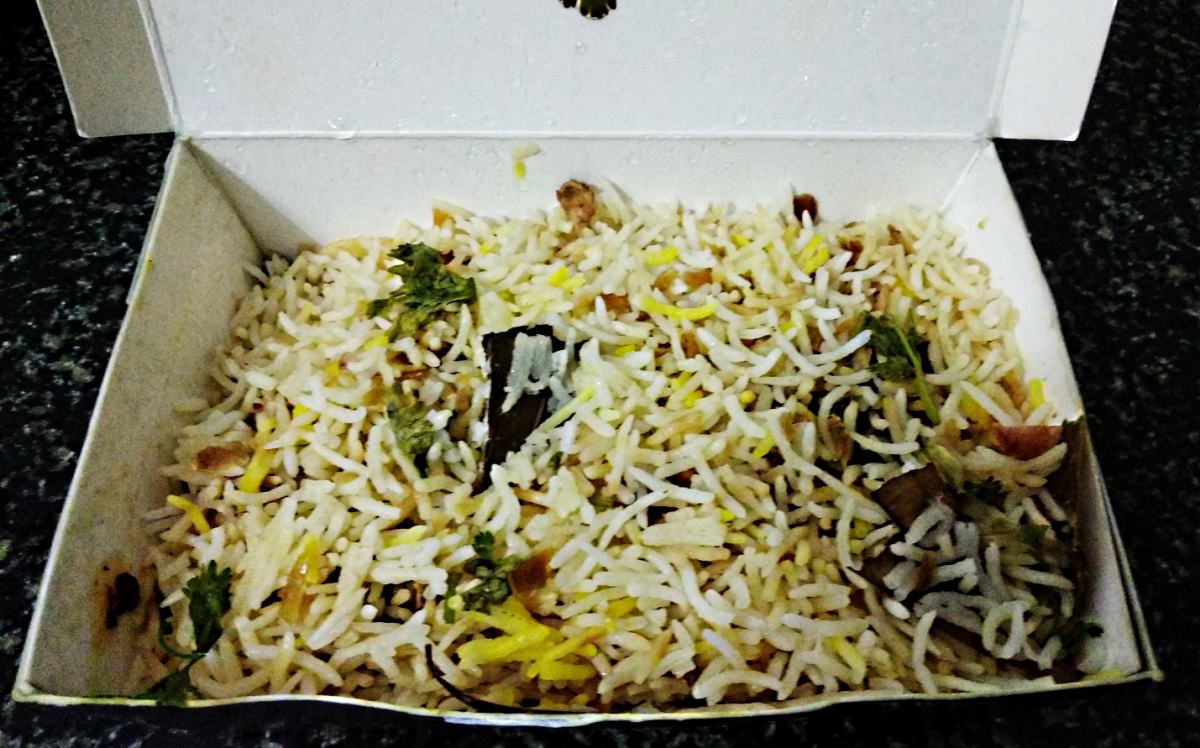 The Dum Gosht Biryani, which had been delivered to me by the good people at Behrouz, is a slow-burner. It requires the food equivalent of good wine being swilled around your mouth for all the delicate flavours to come through.

Now don’t be disheartened by the whole spices you encounter, and there are a lot of them. Simply cast them aside as you taste the sweet caramelised onions blend with the spicy masala of a fragrant biryani.

Then comes the titular gosht itself – a succulent piece of boneless goat or lamb meat that has has been marinated till every bit of it tastes of savoury freshness along with the original umami.

But honestly, I had expected a bit more from Behrouz. As in at least the quantity. When you are paying more than Rs 350 for biryani, you expect it to satiate not just your hunger but your lust for the dish as well!

Biryanis are usually served with either a spicy minty raita. A raita, for the uninitiated, is a yoghurt-based side dish that may contain chopped onions, tomatoes and even chillies, or can be mixed with salt and black-pepper or a mint paste.

And for dessert, Behrouz served up a Gulab Jamun that, while sweet, is not overwhelmingly so. A mild spicy aftertaste – I could not identify the spice – is kind of a bonus. 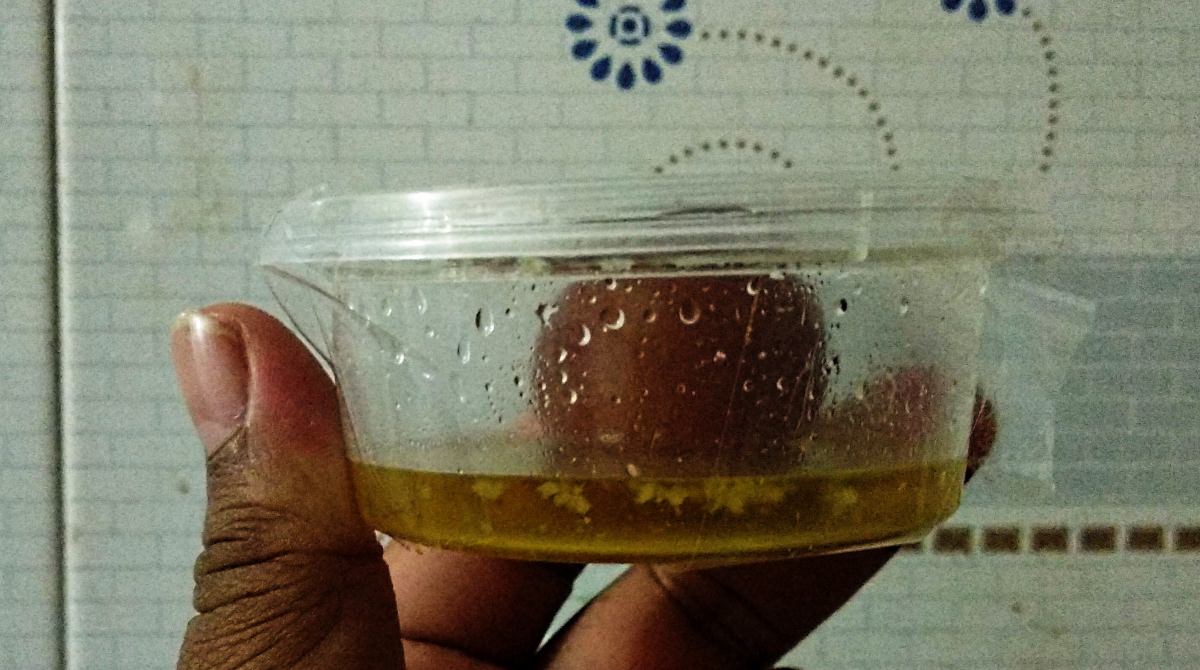 Behrouz served up what was definitely a good biryani. But is it royal? The jury is still out on that decision. Nevertheless, Behrouz’s is definitely one of the better biryanis around. 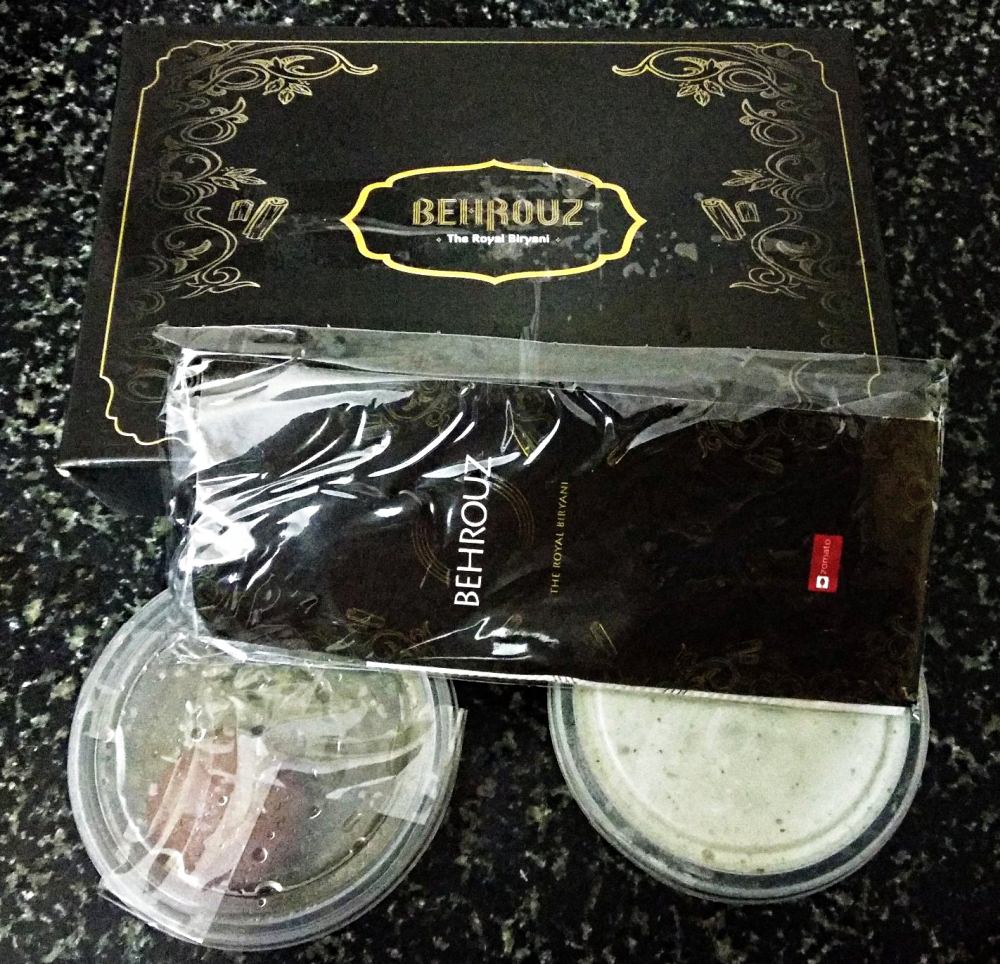 One only hopes that they increase the quantity a little more. And that is one of the reasons why the review score here is 3.5 and not more.