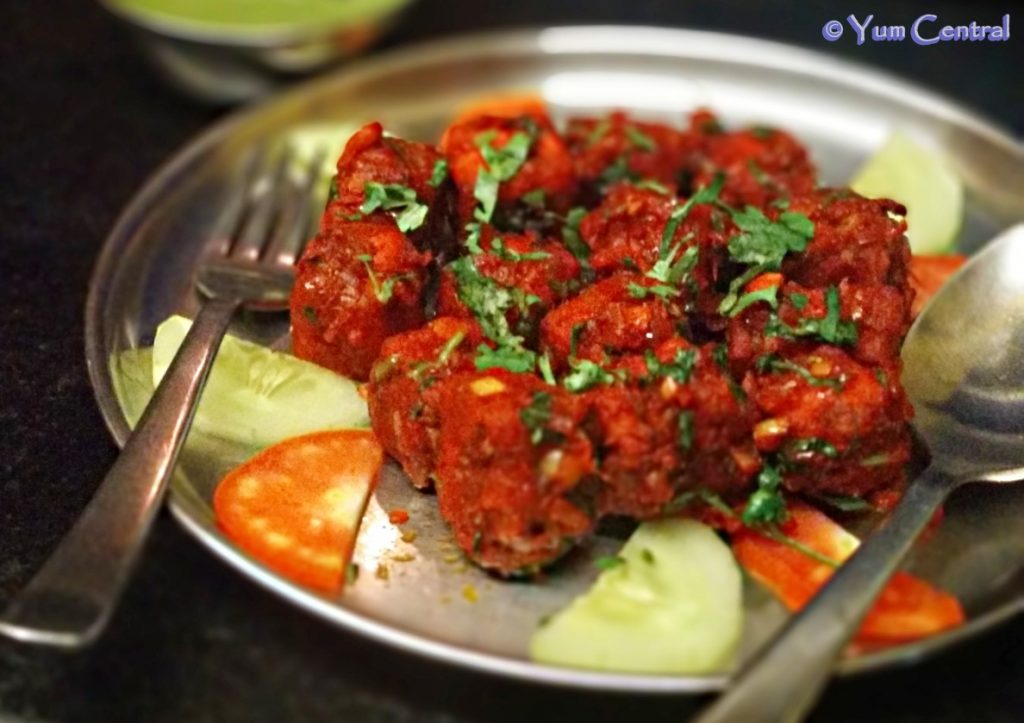 When the wanderlust bug bites, you gotta hit the road. But when the hunger pangs surface, you gotta grab some bites. In northern India, roadside eateries called Dhabas alleviate those hunger pangs with oily, spicy vegetarian and non-vegetarian fare paired with piping hot naan or phulka. Bengaluru has its own version of this in the HRBR Layout location of Chulha Chauki Da Dhaba (CCDD).

Now, it would have been deemed difficult for an eatery situated on the rooftop of a three-storey building to recreate the roadside dhaba experience, but this outlet of CCDD – opened quite a few years ago – seemed to have hit the jackpot with a flyover running next to it, almost at a similar height.

Add to that the small open-air space that the restaurant-owners have set aside for charpoy-seating and faux-grass flooring, coupled with a small paan shop playing the radio, and you could ask for little more to experience a slice of North India this deep down South.

But ambience alone does not maketh an eatery. Food is much more important. The good people at CCDD seem to understand that quite well. And I can now endorse that, having tasted some of their offerings.

One of the first things you should order is the Kulhad Lassi – a thick, yoghurt-based drink served in an earthen tumbler. This will serve not only to hydrate you but also cleanse the palate. On the off chance that you find the food too spicy, this will also take away some of the heat.

Among the starters, first up for me was some Paneer Chatpata – Indian-style cottage cheese coated in a lip-smacking mixture of spices that almost imparts it a Chinese cuisine-like taste. It was at this point that I expressed my regret for the fact that CCDD is an alcohol-free establishment. This could have been a near-perfect accompaniment for some chilled beer at the end of a hectic day.

Next up was a house specialty: Kasturi Kabab. These boneless chicken pieces had me licking my fingers and almost licking the plate clean. The spice mix here was pungent, but not overpoweringly so. The delicate nature of the taste still makes my mouth water.

Third in line was some more chicken, but this time with bone. And equally delicious!

And finally, the Special Kabab. Luscious leg pieces marinated in a concoction of spices, then carefully roasted to perfection, so the chicken is soft enough to fall away from the bone, even as some of the extremities acquire the smoky, cinder-like quality from the Tandoor.

Since CCDD prides itself in its Dhaba heritage, the main course had to be Punjabi. And few dishes can be as Punjabi when the word Punjabi appears in the name itself. Thus it was that I ended up ordering Chicken Punjabi Masala and Diwani Handi.

Now, a real dhaba might have made the Chicken Punjabi Masala an oily dish with so much heat that it could melt glaciers. Chulha Chauki Da Dhaba, however, went off the beaten path. The masala was again soft, but not so delicate as to be bland. At no point did it induce tears.

The Diwani Handi, meanwhile, seemed like it had come straight out of a European kitchen, with its delectable flavours, fresh vegetables and dollops of cream. This might just be the dish to get the kids to eat their veggies!

And all this was had with some butter naan and phulka, the latter being the wheat-flour flatbreads that are a staple in North Indian households.

CCDD is a place where you can go to refresh your North Indian memories, or – if you are from that part of India – to cure your homesickness to some extent.

Go early – the place opens by 7 pm – and you might just get to sit on one of the four open-air charpoys, where the dhaba feel is the maximum. But go prepared to eat. The food is hearty, borders on rustic and is ample when it comes to portions.

In short, chulha Chauki Da Dhaba – especially the HRBR Layout outlet – is a definite-visit for lovers of North Indian food in Bengaluru!