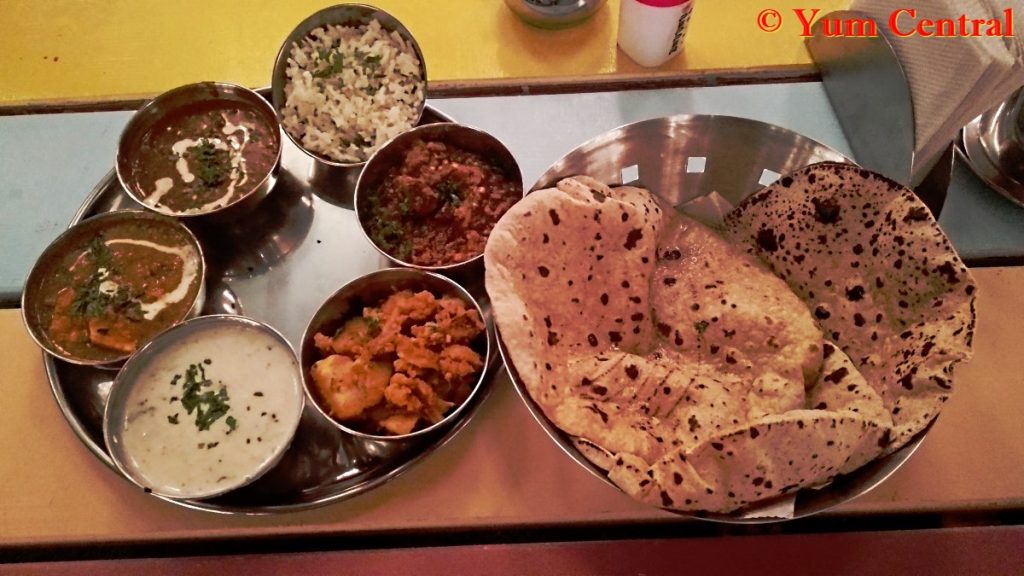 Bengaluru, albeit being situated deep down in South India, is often one of the better destinations in the region if you are craving North Indian food — more specifically, Punjabi food. The options are a myriad within the city, but not all are up to par. That is where Kapoor’s Café can take the cake, with the only downside being it is a pure vegetarian eatery.

What really grips you right off the bat is the ambience. Yes, I had talked of ambience of Chulha Chauki Da Dhaba as well, but Kapoor’s Café Jayanagar — whose opening saw a lot of bloggers and influencers invited in for a good time — can take it to a whole new level with its touch of luxury.

As a blogger anda food reviewer, I would have loved to taste more from Kapoor’s Café Jayanagar, but one can understand their move to offer a fixed menu to the invitees on Day 1. Clearly, they wanted to put their best foot forward.

And they couldn’t have done it better with the first thing that greeted us as we walkedin to the sound of dhol welcoming us. The Dry Fruit Lassi can do many things at once. It can quench your thirst, satiate your hunger, cool you down and warm you up for what is to come next. And it can do all this all at once!

Next up was some Masala Papad. Now, this may be a common menu item, and appeared as much, butthe freshness of the ingredients told another story.

Even before we had made some headway into the Masala Papad, we had some Paneer Pakoras served to us. Now, Paneer is not an easy protein to spice. So, that aside, this wasindeed a nice nibble to accompany the Lassi.

Mind you, the cheese here is not Paneer, but possibly some form of Mozzarella. And each ball has a solid cheese filling. Down an entire plate of this, and it will take acrane to lift you from your spot and get you moving!

And finally,what I found was the piece de resistance of the starters: French Fries, Punjabi Style! Crunchy, light and spicy, these were picked up by the fistfuls beforethey disappeared by the mouthfuls.

There was another snack item on tables as well. Imagine a flatbread stuffed with cheese and served with a dollop of fresh butter on top, and you have the Cheese Paratha that we could hardly make a dent into! A quarter of it, and we were already panting for breath!

As the evening wore on and the dancing continued, some delicious aromas started wafting out of the kitchen. We did take a few guesses, but nobody spoilt the surprise.

The main course, when it came, was a mini-buffet in itself. See for yourself:

The Phulkas on the right were quick to complement the bouquet of dishes offered on the left-hand plate. The items, clockwise from extreme left, are Paneer Butter Masala, Rajma Dal, Jeera Rice, Baingan Bharta and Aloo Gobi, with some fresh curd to cool the heat.

I have said this before, and I will say it again: The easiest way to judge an eatery without depending on visual cues such as crowds is to sample its basic fare. No restaurant can survive if it can’t maintain even the simplest of standards for the basic dishes.

Kapoor’s Café Jayanagar happened to be way ahead on that front. From the slightly smoky taste of the Baingan Bharta due to the burnt eggplant skin to the smooth Rajma Dal, each dish was a delight!

Vegetarian eateries of the upscale variety are a rarity in Bengaluru. Kapoor’s Café Jayanagar and its other outlets are doing well to target that void.

One only hopes that they keep up the standards and the authentic Punjabi experience. Otherwise, the restaurant will have little on its hands to justify the prices it is charging.