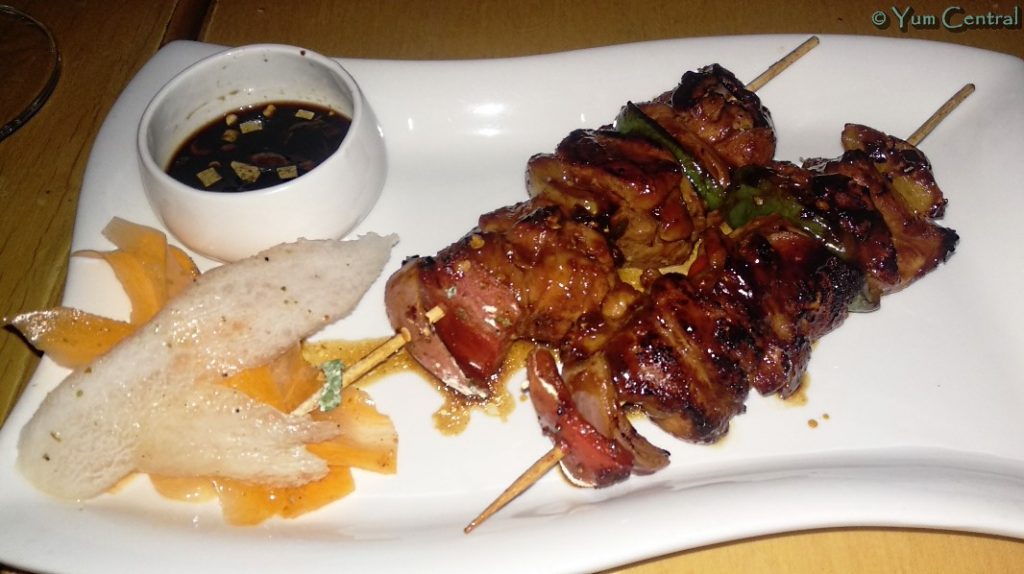 Rarely does an eatery or watering hole focus on a single kind of alcohol. Beer boutiques are an example. A new entrant to the category is Wiggly Wine in JP Nagar.

It offers a variety of wines and wine-based drinks along with some fusion cuisine, and can be a good place for sundowners.

On a visit to the establishment recently, I started off with some Red Wine Sangria. The fresh fruits really added to the red wine, this one was an instant cooler when paired with the cheesy food.

As the food and drinks flowed, some Somras Gup Chup Shot made its way to my table. It’s the wine equivalent of vodka shots in gol gappa, pani puri, pani patashe or fuchka or whatever else you might call it. Quite the hit, I must say!

Now, the next one was more of an adventurous feeling than anything else. The Wiggly Princess is the signature drink of Wiggly Wine, and there was no way I was not trying it! A little dry, this was nevertheless a good sip with some Chinese food.

And finally, some White Wine Sangria. This goes down eminently well with the Italian food on offer.

So, what goes well with wine? Experts may differ. The puritans will turn their nose up at anything non-traditional, but the experimenters will definitely look to break newer ground.

In keeping with the theme of the restaurant, the first thing we had was Paprika Cheese Wedges. Nicely seasoned and spiced, these made for great finger food when paired with wine.

Then there was some Cheese Fondue. The cheese was a little runny, and the food we are to dip in it left quite a bit to be desired.

Up next, some Churrassco Chicken. Robustly spiced, this could complement the sweetness and tang of some red wines quite well!

Then, some Fish Kabiraji. This dish is believed to have originated in West Bengal. Legend has it that a Fish Kabiraji has nothing to do with a Kabiraj — the name given to practitioners of the Ayurved style of medicine. Instead, it is a corruption of the word “coverage,” which alludes to the thick, fluffy coverage of battered and fried eggs that encases the seasoned and spiced fish.

I was not exactly overwhelmed by this dish, having tasted the original. Now, I am not against experimenting — especially with food — but that does not mean all experiments should turn out to be good. This was one of those that didn’t.

However, my disappointment was lessened quite a bit by the next offering: the Teriyaki Kikkoman Chicken Skewers. The Far-East feel on this dish was a surprising accompaniment to the white wine.

And finally, a dish that was described to me as Red Wine Coke Braised Pork Belly. It was served with some mashed potatoes.

The Continental inspiration on this one was apparent, and the nicely-cooked meat gelled well with the tangy sauce covering it. The mashed potatoes, however, were a let-down, because they seemed to have been overly-thickened — possibly with refined flour.

As an establishment that serves a single class of alcohol, Wiggly Wine definitely has potential. And nowhere is this better demonstrated than in the way it serves its wine.

However, there is still a lot of room for improvement when it comes to food. If they concentrate on that, this place could soon become everything from a hipster’s paradise to a first-timer’s favourite!