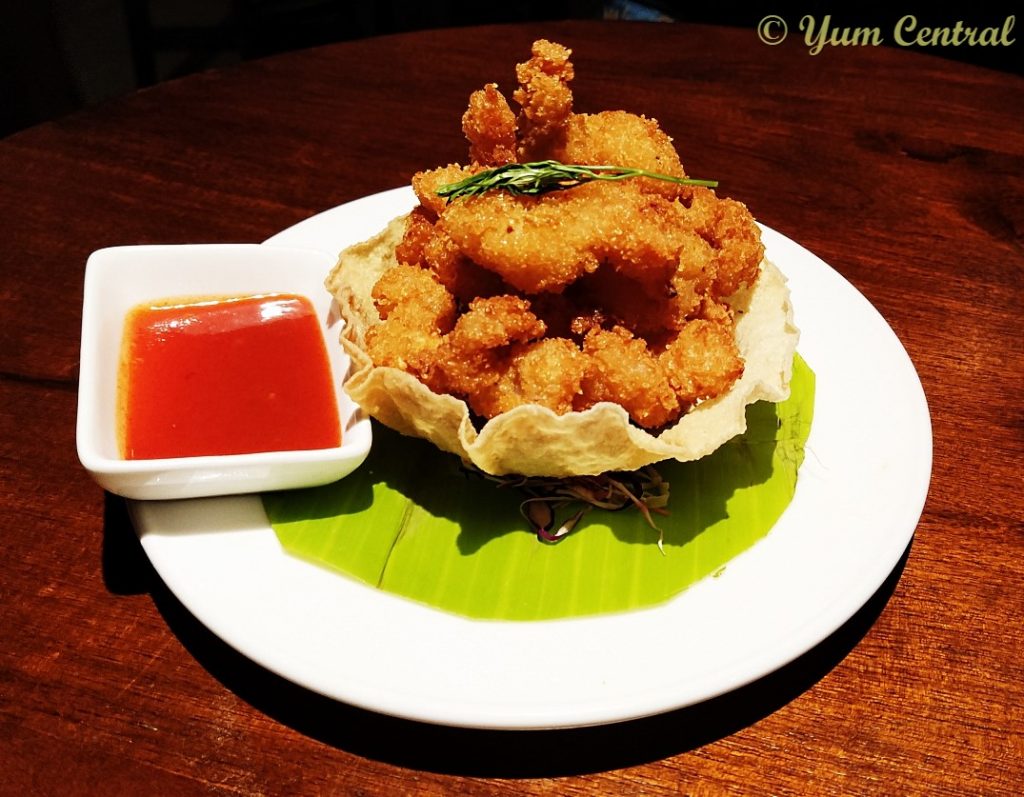 Bengaluru-based watering hole Watsons, which has several outlets across the city, recently turned five. It introduced a new menu on the occasion, and invited a select few to taste it. I was lucky enough to be one of those invited.

We started off with the Ginger Drama, a vodka drink infused with ginger. This one is sure to warm you up, both from within and without, on cold winter evenings.

Next, a drink called Tamarind Tales. Notice the tamarind balls served with the drink? Take one in after a few sips to enhance the tangy taste that complements the vodka in the cocktail.

Then came the gin-based Smooth Criminal. Quite a departure from the two spicy drinks before it, this one was smooth, and could be a hit with those who want to enjoy savoury starters or entrees with their tipple.

The fourth in the list, Mrs Hudson Margarita, was the saltiest and tangiest of the lot, with tequila that had been paired with lime, brine and pickled jalapeno. This is for when you are feeling especially adventurous.

The final one on the menu was the Southern Sour. A take on the traditional Whiskey Sour, this is the drink I would have chosen to pair each and every dish on the menu, had it been served right at the beginning.

We started off with the Watsons Special Crunchy Shrimps. And crunchy it was. However, the deep frying had not robbed the shrimps inside of any of their flavour: They were as soft and fresh as can be!

Next up, some Mushroom Paprika. Smooth and creamy, these played the perfect foil to the spicy cocktails we were drinking.

Third along the line was Sri Lankan Fish Balls. Much like the crunchy shrimps, these disappeared down the gullet in a flash, thanks to the fish-y succulents inside.

Then, some Chicken Tacos: crunchy with veggies, soft with the chicken and lip-smacking with sauce, all wrapped in healthy soft-shell tacos. Munch on these, you worshippers of fibre and protein!

Next up, some Paneer Tikka. Smoky ends complemented the soft, fragrantly spiced pieces of cottage cheese: they all made for some delectable eating!

We then moved on to some Sticky Pork Ribs. The fatty meat sort of coated the mouth, only to be washed down by the spices in drinks like Mrs Hudson Margarita.

Then, some Crunchy Korean Wings. The crunchy, savoury morsels with a deep oriental twist made for some enjoyable munching!

Finally, some Vegetarian Momos — dumplings made healthy by the sparse use of oil and spices, besides the correct use of seasoning.

For the main course, we were served a small variety of food, primarily because the starters had filled us to the extent that we were waddling.

The Kerala Beef Fry with Parotta was served as finger food, and could very well be considered a starter. However, I will treat it like main-course food, because that’s what a full-fledged plate of that is.

The soft parotta complemented the robustly spiced beef fry quite well. I would not let this one grow cold.

Then, some Paneer Pizza. I explained in a previous blog why I consider pizza to be a meal on its own. This thin-crust pie only bolstered my belief, with its smoky but succulent paneer topping.

Next up, Paprika Chicken Pizza. Of course. This one does justice to the name, but can be improved or improvised on quite a bit.

The next one was a surprise of sorts. After all, not many establishments serve Seafood Pizza. The fish had been reconstructed in the form of balls, which made for an interesting combination with the thin-crust pizza and cheese.

Then, something quite different. Rarely have I seen anything so simple yet untried as Chicken Upma. The beet-reddened upma, served with chicken steak, was indeed a novelty!

We were to be served quite a few dessert dishes, but I managed to taste only one: Choco Brownie with Ice Cream. You really can’t go wrong with that, and the cold ice cream paired with the hot brownie brought the curtains down on a sumptuous evening!

Watsons is fast turning into an institution in Bengaluru. It should go a long way if it keeps on reinventing itself when it comes to feeling the pulse of its patrons and serving them better.