Live barbecues have their own charm. Few things can beat the combination of a hot barbecue, a cold pint and a weekend evening to kick up your legs, let down your hair or do whatever English idiom linking the human anatomy implies chilling. That is BBQ’D in short for you. For a longer review and a video, read on!

If BBQ’D ever wants to go for a motto, the words “unwind” and “chill” should prominently feature in them. The eatery – to me – is primarily one where people should go with family and friends to chat around while they eat. 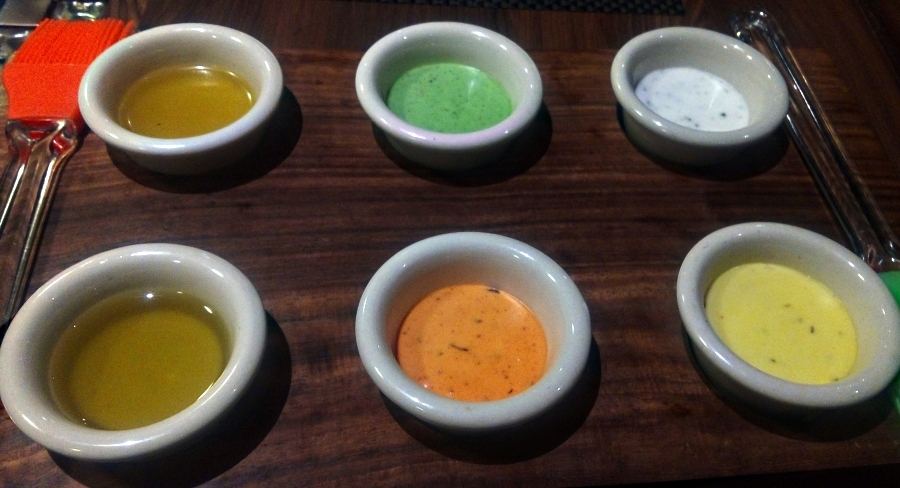 There is a buffet at hand, and even otherwise, the barbecues keep coming. Order your choice of drink, and keep sipping as the grill shimmies with fragrant fumes.

One suggestion would be: Try the home-brewed beer offered by BBQ’D.

From left to right, these are Hefeweizen, Masala Saison, Chocolate Stout and India Pale Ale (IPA) in the smaller glasses. I took a liking towards the Hefeweizen, and the result was a taller glass on my table, as seen in the second part of the photo above.

BBQ’D has a nice section of finger foods and starters. For us, one of the first to arrive was this Grilled Chicken Pizza. 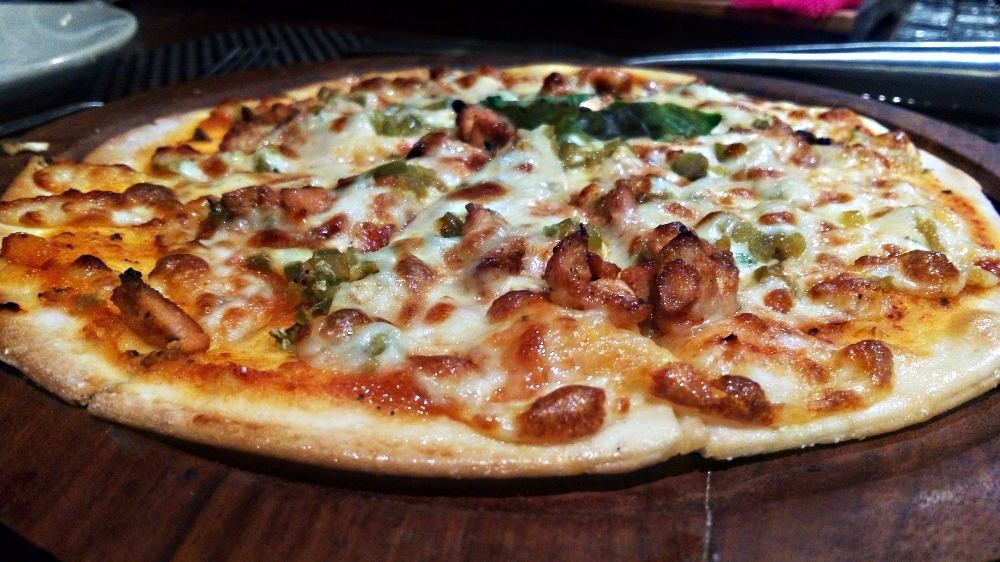 We also had some Carrot Chicken Momo, steamed with a creaminess to the centre that makes for a great pairing with the beer I had chosen.

For the barbecue, we had Cajun Spicy Chicken, Char-grilled Fish and Yakitori Prawns. To be honest, the prawns won this deal by a mile. 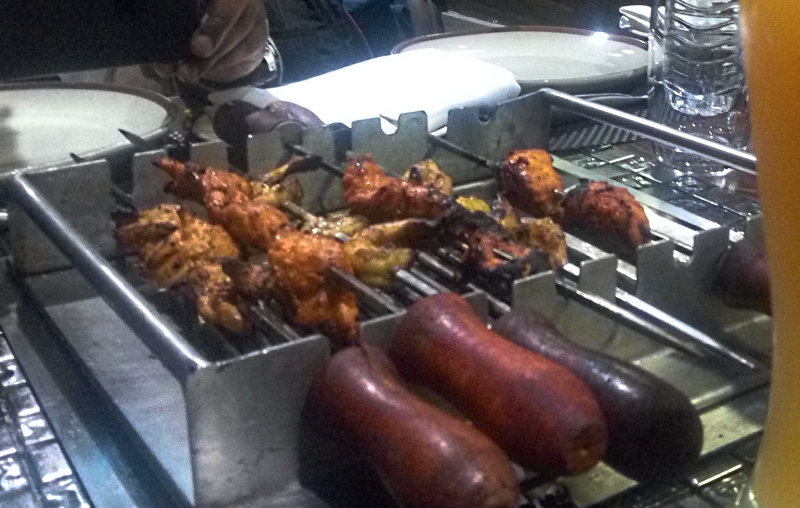 Pardon the photo, please. It does little justice to the offerings.

Now, these may not look like it, but they were some really good Fish Tikka: 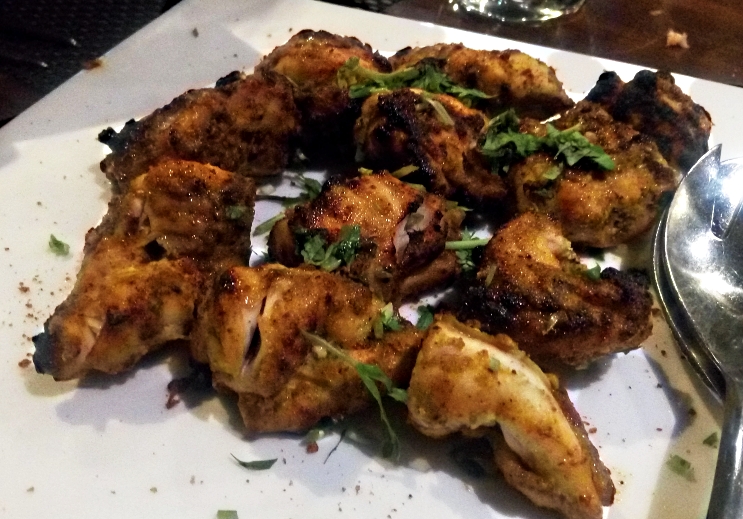 And then there was some Flambe Chicken, which has – in this next picture – landed on my plate after having been set on fire with some tequila. Noice!

Now, I won’t bore you with the main course, because honestly our appetite had been quite satiated by the starters. Suffice to say, the entrees were up to scratch.

Most of us at the table chose to go for some dessert. And this is where BBQ’D wowed us again. 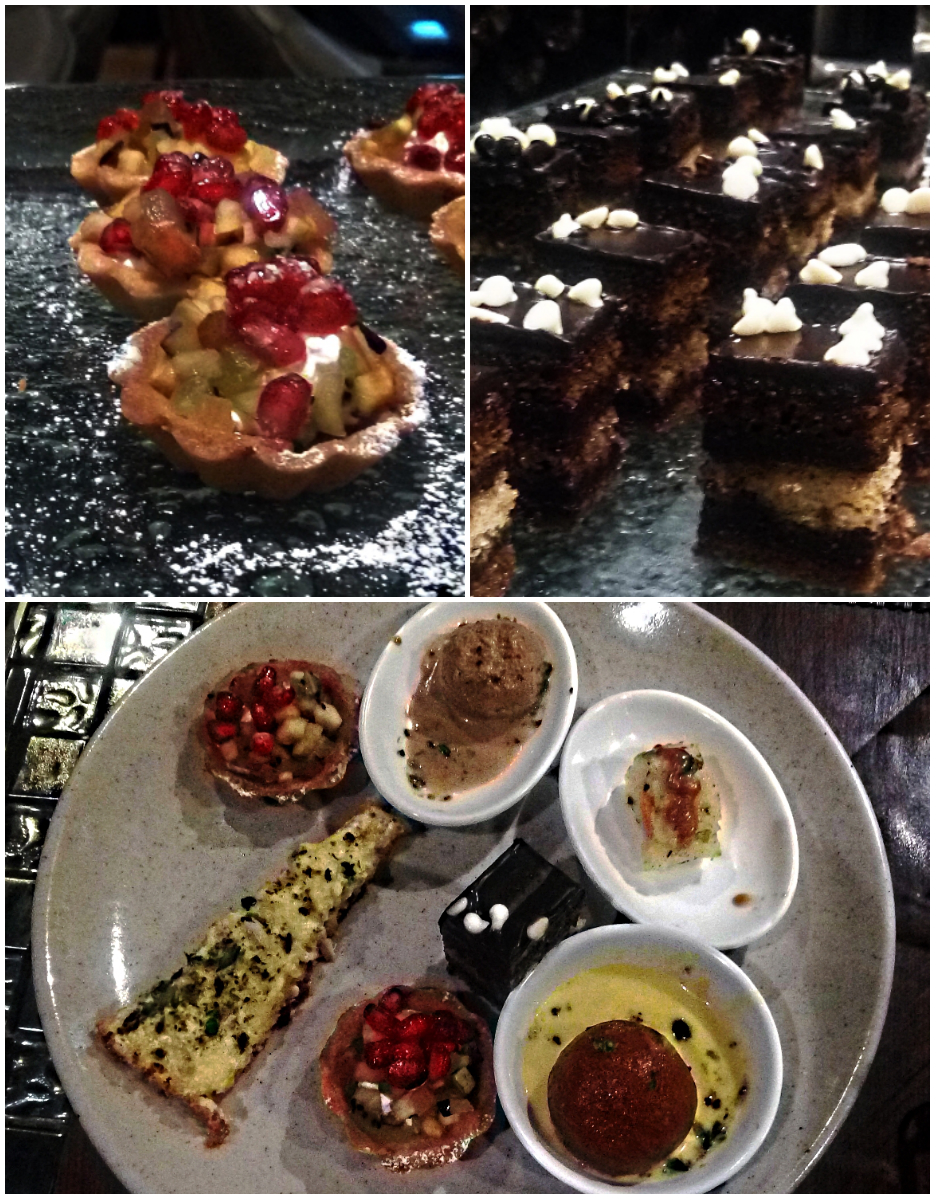 None of the desserts was overpoweringly sweet. They were just right to sweeten the tooth and give a small sugar high to complement the light high from the little social drinking we had indulged in.

This is a new place, and will take a little time to settle down. Nevertheless, BBQ’D is already a nice place to – and we can’t stress this enough in a city that gives you tension every direction you look – relax with some F&B on a weekend evening.

Watch the video of my experience here: